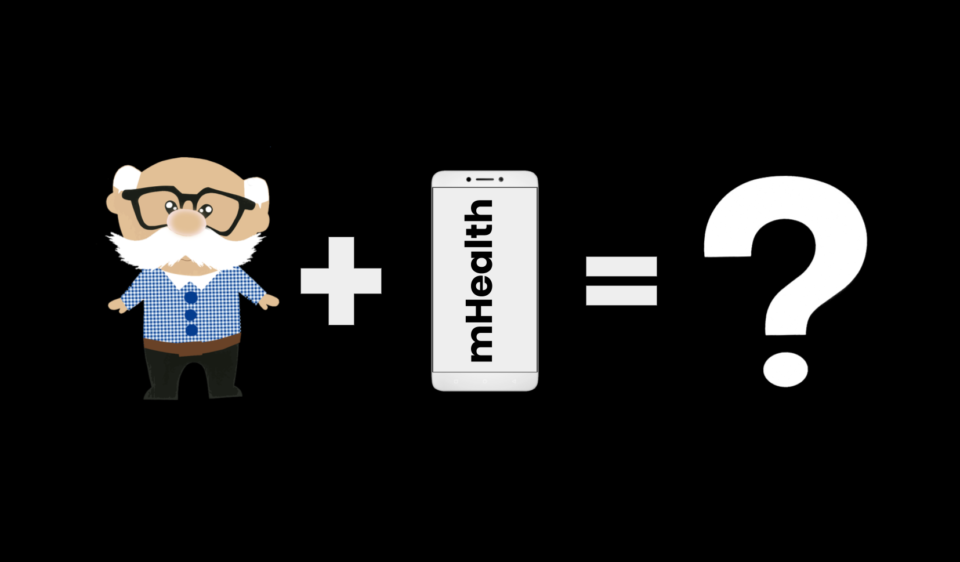 People over 65 stand in front of screens for an average of 10 hours per day. Half of them own smartphones. One would think that this would make them willing to try out mHealth interventions. Well, it’s more complicated than that, according to a new study.

The harsh reality of mHealth use

Let’s face it – the concept of smartphones becoming central to managing diseases is very new. For older people used to good doctor visits and physicals, it might seem downright silly. Even those who engage with mHealth often do so in a lighthearted way and quickly give up.

Scientists in Europe tried to investigate this difficult relationship between elderly patients and mHealth. In order to do so, they looked at the recruitment stats of a previous study, HF-Wii. In that study, researchers wanted to see whether giving heart failure patients a Nintendo Wii would increase their activity levels. What they reported is revealing; out of 1632 patients considered for participation, 71% didn’t make it in the study (44% didn’t want to participate while 27% were rejected by researchers, mainly for balance problems). Patients over 80 years old and those with more severe heart failure were least likely to secure a spot in the study. This finding suggests that indeed, the patients in biggest need of help are the least likely to get it from mHealth solutions.

Does this mean that digital health studies are cherry-picking their patients, leading to better results? Maybe, but this happens in all fields, not just mHealth. Bad science is sadly common; patients and doctors need to keep an eye out. That said, mHealth interventions often require hand-eye coordination and finesse that frail patients lack. Instead of excluding patients that can’t handle apps in their current form from the studies, we believe that mHealth innovators should view this as a challenge they should overcome.

Doctors aren’t that good at ECGs, either