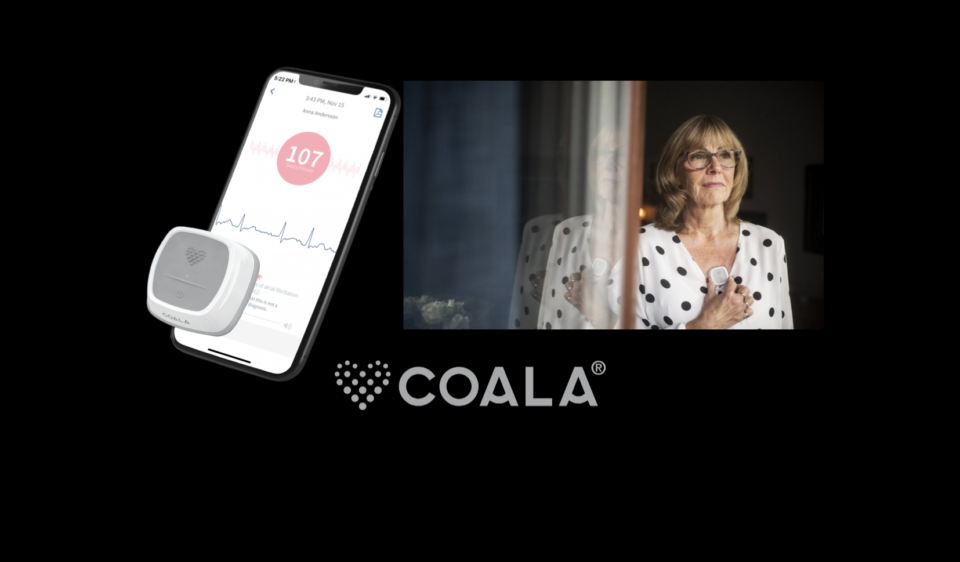 According to the recently published RedHeart study, the Coala Heart Monitor really helped women with palpitations overcome their fear and anxiety. In some cases, it actually helped them prove their concerns were entirely justified.

The RedHeart study is very worthy of mentioning for several reasons. First of all, all patients were found and recruited through social media. Second, they never had physical contact with any of the study researchers. The patients received Coala Heart Monitor via the mail and none of the study’s outcomes required the physical presence of patients in research facilities. And finally, it has to be said that this is a very “left field” use for Coala’s device, one with actual clinical utility.

In the RedHeart study, 821 women with palpitation symptoms were given a Coala Heart Monitor for 60 days. The monitors provided feedback during palpitation attacks, which helped patients overcome their anxiety. This should not come as a surprise – having a competent device to check your rhythm at any time is a comfort indeed.

Not just a comforting device

You could be forgiven for thinking that this was an effort to just allay the fears of anxious patients. But over the course of the study, the Coala Monitor diagnosed 54 patients with potentially dangerous arrhythmias. The earlier arrhythmias like AF are diagnosed, the less likely patients are to suffer from lethal consequences. As has been through the TEASE trial, the Coala Monitor can prove a lifesaver. In the RedHeart study, the focus had been shifted away from actually detecting arrhythmias; yet the power of the device became apparent.

In an effort to expand the Coala Heart Monitor to all possible use cases, there is no doubt that Coala Heart will try to highlight all the different ways their monitors can prove useful. We have covered this device before and were very impressed by the features. Can you see other niches that the Coala Heart Monitor could fit in healthcare? Find us on your social network of choice and let Fantastrial know!