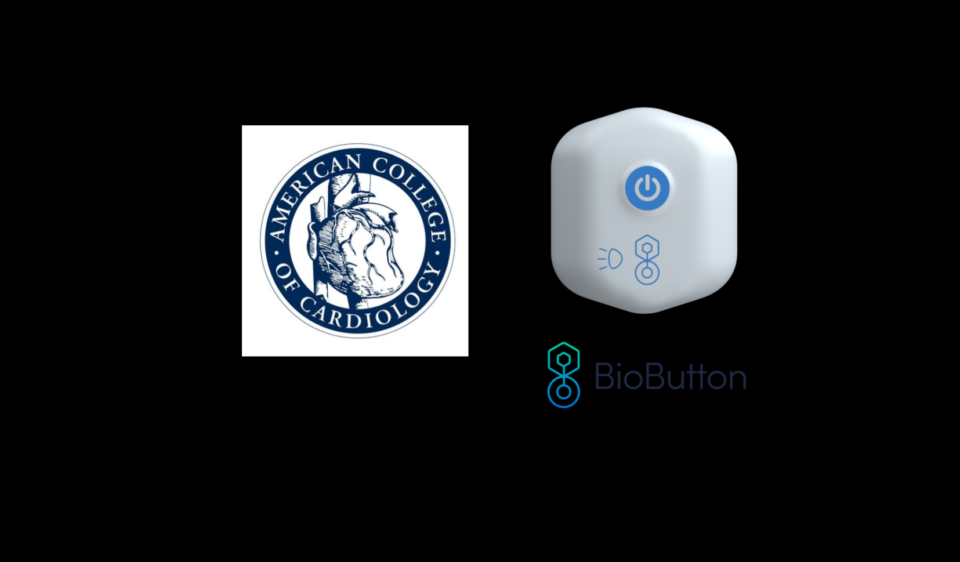 ACC.21 will take place in the Georgia World Congress Center (Atlanta, GA) in May. In-person congresses are risky business these days – let’s not forget that it was a bio-tech conference that brought COVID-19 to the Northeastern US. The American College of Cardiology has an ace up the sleeve – the BioButton by BioIntelliSense.

The BioButton is a coin-sized, disposable medical device that measures users’ body temperature, heart rate and respiratory rate for 90 days. The company claims that the BioButton can recognise when the user is resting, exercising or sleeping. This is probably very important. As we explored last week, patients in early stages of viral infections rarely have frank tachychardia, rather a disproportionately high heart rate for any given level of activity. Like most similar devices, the BioButton works as a “black box”; data is monitored through an opaque algorithm that can return an “All Clear” sign or a red indicator of trouble. This “health verdict” is available for both the individual as well as the issuing authority – in this case, the ACC.21 organizers. To aid with contact tracing, BioButtons can also detect each other, as well as log with which other BioButtons they have come into contact with.

ACC.21 is not BioButton’s first field use

The first real-world BioButton use for COVID-19 detection and contact tracing almost happened back in August. The Cayman Islands government briefly considered allowing tourists to circumvent a quarantine by wearing the BioButton during their visit. Indeed, an “experimental” British Airways flight carrrying affluent staycationers was planned to use BioButtons exclusively back in September. In the end, the second wave of COVID that sweeped the UK and the US forced the Caymans to scrap that plan, enforcing mandatory quarantines on travelers with the help of geofencing smartbands.

Unlike the Cayman Islands, the University of Oakland in Michingan went through with their plan to use the BioButton for COVID detection and contact tracing. The university originally announced that wearing the BioButton would be mandatory for students. This drew the ire of students on the basis of privacy. In response, the university officials backpedaled, instead making the use optional (although they strongly suggested that students at least carrying BioButtons, so that COVID contract tracing could be made easier).

The university received 1500 BioButtons for 60$ a piece in late November. The residential halls housed approximately 2500 students at that time. Since then, not much has been heard from Oakland. Yet there are so many things that their experience could teach us. How popular was the BioButton with students? How did officials deal with alerts? Was the device accurate in detecting cases? Were there many false calls? If you’re a student or faculty member at the University of Oakland, get in touch!

BioButton: Not just for COVID

The ACC and BioIntelliSense announced a partnership with goals extending beyond the current pandemic. In ACC’s statement, the objective is to develop innovative medical-grade wearable devices and data science to advance remote patient monitoring programs for cardiac care. In a sense, the participants of ACC.21 will have a taste of their own medicine – as biometric monitoring becomes a mainstay of medicine, these practitioners will know the experience of wearing a BioButton most intimately. And some will even owe their lives to its help in COVID-19 contact tracing!

Telehealth to protect patients from the coronavirus