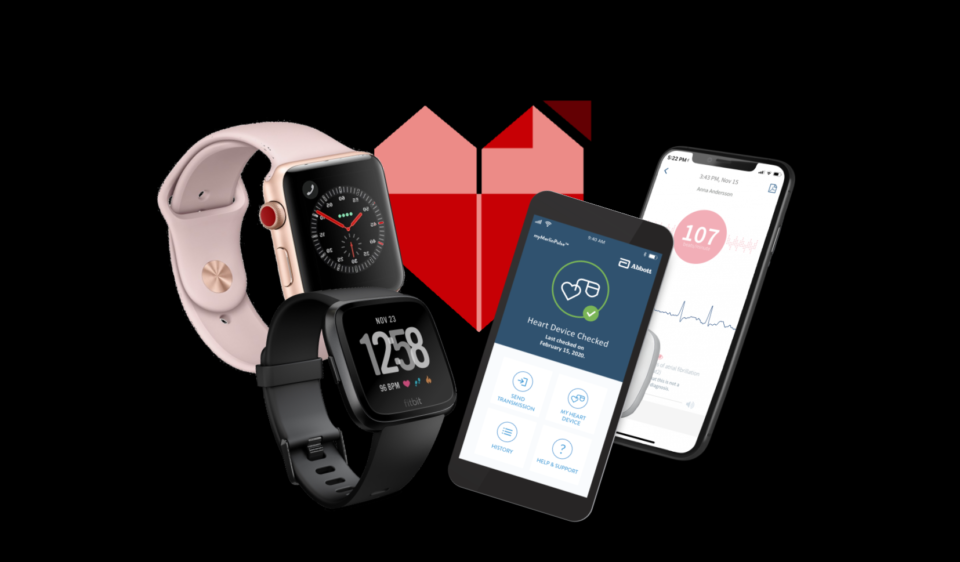 Smartwatches, smartphones, ECG patches. These days all sorts of devices try to detect atrial fibrillation. The cause is noble – save users from its deadly after-effects. But when does data become too much?

Atrial fibrillation is a spectrum

AF comes in many flavors. For the sake of this article, we’re going to set aside permanent AF. In permanent AF, as the name implies, the patients’ rhythm is always abnormal. As long as patients have access to healthcare, that’s easy to detect. What we (and the whole industry) really cares about is intermittent AF. That type comes and goes. A patient could have perfectly normal rhythm at the doctor’s office and severe arrhythmia at home.

Traditionally, doctors detect AF by rushing patients to the hospital whenever they feel palpitations. There, they can perform an ECG and catch the heart “red-handed”. This is the gold-standard of diagnosis. Patients diagnosed in this way have been the focus of dozens of studies. Doctors know how to treat these patients very well.

Alternatively, a Holter monitor can be attached to patients. This provides a 24-48h record of the heart’s rhythm. Here, the first sign of “spectrum trouble” appears. There’s consensus that a 30-second episode of AF on a Holter monitor is as good evidence of AF as a “hot” ECG. Anything shorter than that is not considered AF.

Holter monitors are cumbersome. Even the most determined patient-doctor duo would eventually give up on AF detection after a while. But there is technology out there that is unobtrusive. It’s also capable of continuous, yearlong monitoring of heart rhythm. They’re none other than pacemakers, ICDs and latest, implantable loop recorders. These devices could detect AF in a patient, even it happened only once in months and lasted for seconds. Which begs the question – is this actionable, “clinical” AF?

Doctors’ first step was to differentiate this from good-old ECG-detected AF. Such episodes are called “Atrial High Rate Events” (AHRE). How important these are is a hot research topic, so expect these paragraphs to become outdated soon. As it stands, research suggests that AHREs are definitely a sign of high risk for “clinical” AF. That said, the guidelines are clear: No amount or severity of AHREs is enough to count as a “true” HF episode. As per the guidelines, AHREs should prompt anticoagulation only in cases when AHRE burden is high and the patient is in real danger of suffering a stroke. Otherwise, AHREs should prompt doctors to keep trying to catch the heart “red-handed”

Wearables expand this dilemma to the general population

Admittedly, very few people have an implanted device that monitors heart rhythm. And although these prototypical cyborgs are not expected to explode in numbers shortly, novel wearables mean that this difficulty in defining what is and isn’t AF will affect millions of people in the near future.

A big distinction is made between ECG-enabled wearables and pulse-based detection. The former is still rare and expensive, while the latter will soon require nothing more than a smartphone camera. The latest consensus is that a 30-second ECG strip of good quality and checked by a doctor is enough to officially diagnose AF. It doesn’t matter whether the source is an Apple Watch, the AliveCor Kardia or ECG patches such as the Zio or the BardyDx. As for pulse-based detection, these are treated like pacemaker AHREs. They are never enough to officially clinch an AF diagnosis, but doctors should see them as signs of AF activity.

Doctors are (rightly?) reluctant to trust the new tech

If anything, the current situation shows that despite all the fancy algorithms, doctors just don’t trust anything but an ECG to detect AF. It’ll take a lot of well thought-out and executed studies to convince them otherwise. And that is all the better for patients.