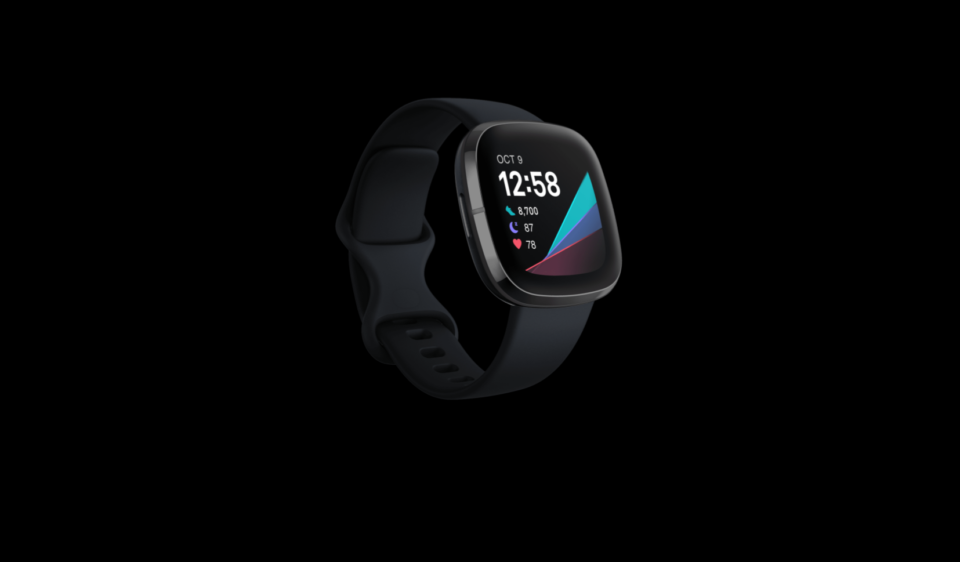 Fitbit recently announced the Fitbit Sense, a smartwatch filled to the brim with state-of-the-art tech. Their purpose? Give users a complete picture of their health.

Apart from quasi-experimental features such as the blood pressure cuff previously seen on the Omron smartwatch, the Fitbit Sense isn’t lacking a single sensor. Heart rate and sleep tracking as well as GPS are pretty much standard for flagship smartwatches these days. Indeed, the Fitbit Sense doesnt’ disappoint. But that’s just the tip of the iceberg. ECG, SpO2 measurements, electrodermal activity (EDA), breathing rate, period tracking and a built-in meditation app? This is truly a remarkable smartwatch.

Despite all this sensor-ing, the Sense can go 6 days between charges. For the impatient, a 12-minute charge is enough to give you a full day’s worth of battery. The $329.99 price tag also nets you 6 months of Fitbit Premium (regularly $9.99/mo). Fitbit markets this service as the space in which all of the data coming from the sensors are combined to create actual insights for the users’ health.

Medicine is still trying to make sense of how the wealth of physiologic data coming from smartwatches can actually translate to health benefits. Is it then too soon for a smartwatch to promote itself as a device for keeping healthy? Maybe. The potential for actual health benefits is definitely there for the Sense.

The single-lead ECG, for all its shortcomings, is actually a valuable tool to have. It can definitely lead to early diagnosis of atrial fibrillation, a silent but potentially lethal arrhythmia. The SpO2 sensor can detect drops in oxygenation during sleep and thus raise the possibility of sleep apnea. This disorder can create a host of health problems to patients and is traditionally difficult to diagnose. Finding a way to quantify and monitor stress (presumably through the EDA readings and the HRV in the Sense), users will be nudged to change their lives in ways that reduce their stress. The importance of this cannot be overstated.

Summing up, although most doctors are still completely unfamiliar with the data-gathering prowess of smartwatches, there is indeed the potential to gain health benefits from their use. And as of the time of writing, there is no better health smartwatch than the Fitbit Sense. We honestly look forward to trying it out at launch.