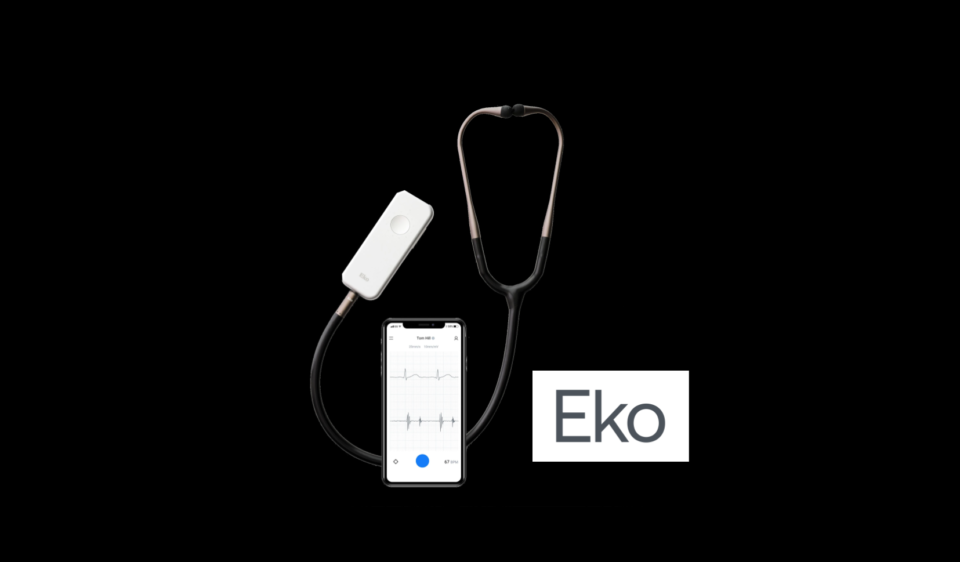 The FDA recently gave the Eko DUO stethoscope the “breakthrough medical device” designation. If the claims about this revolutionary stethoscope are true, that may be an understatement.

What is the Eko DUO?

The flagship product of company Eko, the Eko DUO combines a top-of-the-line digital stethoscope and a portable ECG in a device smaller than a smartphone. Both sound clips and patient ECGs are recorded in a smartphone or tablet via the Eko companion app. As physicians ourselves, we find the DUO’s design bleeding-edge yet familiar at the same time. In particular, we found the ability to use the DUO as a traditional stethoscope a cool throwback feature.

How does the Eko DUO diagnose HF?

According to the creators of the stethoscope, the Eko companion app uses patients’ sound clips as well as the ECGs to diagnose heart failure. The “digital doctor” behind the diagnosis is no doubt an AI algorithm. This happens without the need for physician input, expensive blood testing or ultrasound imaging. The claimed accuracy of 90% makes this feature even more incredible.

Why is this important?

Diagnosing heart failure is not that difficult nowadays, but doing that outside a hospital is still impossible. With a device like the Eko DUO, that might just no longer be true. Seeing as there are 6.5 million HF patients in the US alone, having such a powerful tool to monitor them in the outpatient setting may be a revolution in primary care. More importantly – if the DUO can detect heart failure, a diagnosis for which doctors never rely on the stethoscope and the ECG, its potential in traditionally “audible” conditions such as valvular heart disease seems limitless.

The digital stethoscope market sees fierce competition. The Eko DUO (349$), Thinklabs One (499$), the Steth IO (199$) and even Littmann’s own foray in digital health (~400$) are all vying for first place. We believe that the result of this free-for-all fight will be leaps in digital cardiology tech.