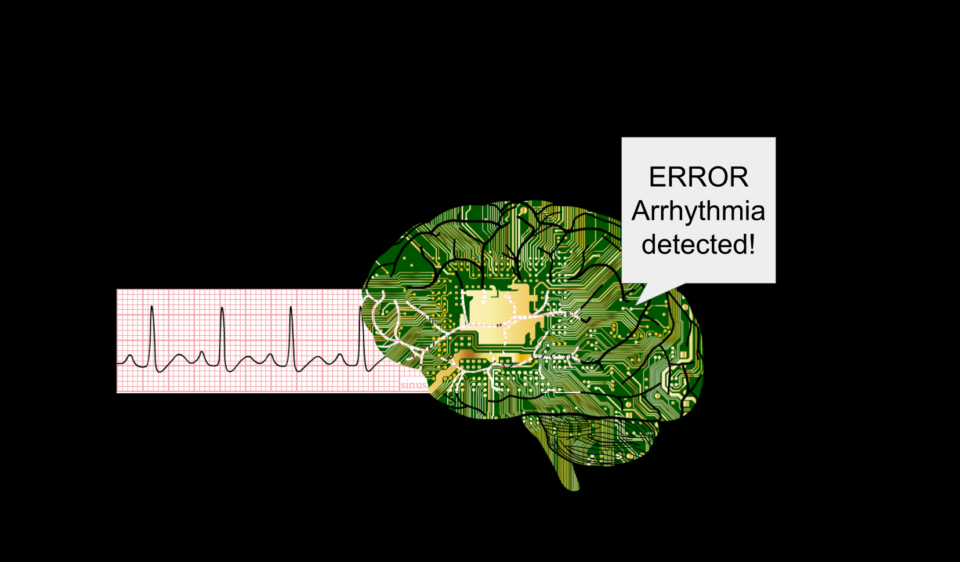 It’s no secret that it takes big data to properly train an AI. Researchers in Brazil just fed an AI 2.3 million ECGs and the result is an algorithm that diagnoses ECGs better than doctors do!

Minas Gerais is the second most populous state in Brazil. As part of their telehealth network, ECG recordings of 1.5 million patients have been digitized, complete with a physician diagnosis. Over the years, the system amassed a database of 2,322,513 ECGs. That’s a lot of data. In fact, most studies on AI and ECGs has used the publicly available Physionet PTB-XL ECG dataset, containing just 1% of that – 21837 recordings.

The researchers’ goal was to develop a neural network that can detect the existence of 6 of the most important features on an ECG, including atrial fibrillation. This is still just a short list of all possible conditions that an ECG can reveal, but an ambitious target for an unguided algorithm.

After painstaking effort on the path of the researchers, they developed a powerful convolutional network. How powerful? In a testing sample of 827 recordings, it made just 20 mistakes. If that sounds like a lot, a cardiologist reviewing the same dataset made 35, while emergency physicians made almost double!

Should doctors be scared?

The answer is no – the AI is unlikely to replace them soon. If anything, incorporating this AI in ECG machines will give doctors a powerful ally. Working together, man and machine make a great team. The authors’ next objective is to train the AI in detecting more complex conditions, such as myocardial infarctions. When they’re confident enough, field testing the algorithm as part of the Minas Gerais telehealth network can commence. Seeing as the system processes 2000 ECGs per day, the help of an expert AI will be more than welcome.