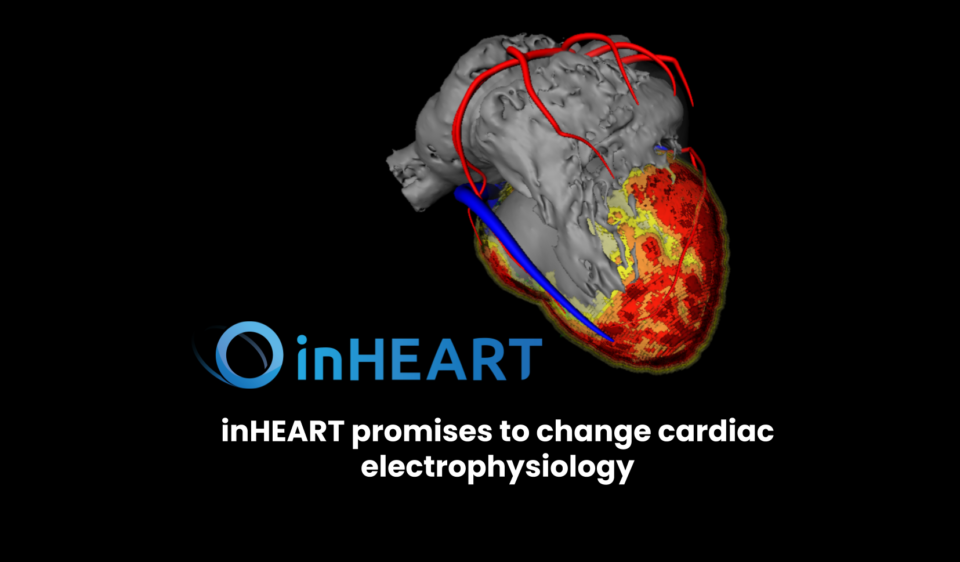 inHEART, a spin-off company by French tech institutes Inria and LYRIC, received $4.2 million dollars by VC firm Elaia. What they intend to do with this money is simple: change electrophysiology studies as we know them.

Clinical cardiac electrophysiology (EP) is a sub-specialty of cardiology tasked with treating rhythm disorders of the heart. A lot of the time, this involves placing catheters inside the heart and measuring its activity on a very local level. That way, doctors can pinpoint the exact location of sick cardiac tissues that produce lethal and/or troublesome arrhythmias. This allows burning this tissue and in many cases completely healing the patient.

Advances in technology mean that doctors no longer “fly blind” during the procedure. 3D-systems create an illustration of the heart’s surface that is pretty true to form. The thing is, although they no longer fly blind, they still burn blind. Having no info about what lies beneath the heart’s surface, doctors have to use their knowledge about target lesions’ usual location to destroy them.

inHEART to the rescue

inHEART’s service aims to solve this exact problem. Doctors can send a cardiac MRI or CT scan and receive a 3D digital replica heart. This image can then be used during an EP study to let doctors know exactly what tissues they destroy. If you want to get a better understanding of what this 3D model looks like, you can try out the inHEART system as a live demo.

Small-scale studies found that the use of the inHEART system vastly improved the success rate of several procedures. Doctors that used it were very happy with the extra info they had about patients’ hearts. inHEART’s co-founder and in-house cardiologist, Professor Pierre Jais recently stated: “I can’t do without it [inHEART] anymore. My procedures are much simpler and faster. My patients directly benefit from this technology and their arrhythmias are less recurrent.”

The future for inHEART

The 2019 joint HRS/EHRA expert consensus statement on cardiac ablation of ventricular arrhythmias suggest that preprocedural imaging via CMR can reduce the recurrence of VTs. Although not mentioned by name, it is technologies like inHEART that make the best use of preprocedrual imaging, giving doctors unprecedented control and precision during catheter ablation.

Like with all experimental technology that we’ve previously covered at Fantastrial, the work of streamlining the process of creating these images and turning inHEART to a scalable service will be a major challenge in the future. If the French are successful, inHEART may very well become a household name next to NAVX, Carto and Rhythmia. We’ll keep you posted.

Fitbit Sense – one smartwatch to rule them all?